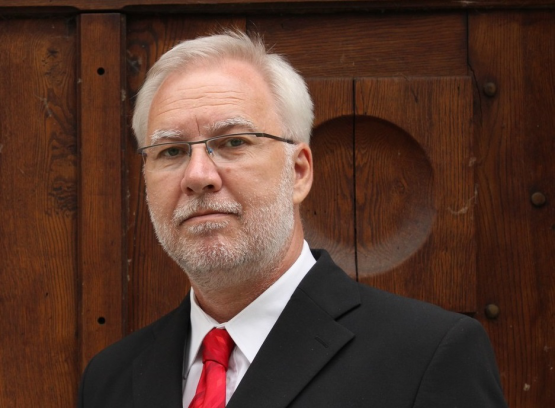 Jaroslav Brych studied conducting at the Academy of Performing Arts in Prague under Václav Neumann. Josef Veselka initiated him to choral art. He intensified his expert skills at H. Rilling´s master courses in Stuttgart. Since the beginning of his career Jaroslav Brych has been cooperating with the leading orchestras as well as with important choirs, e.g. Charles University Choir Prague (1984 - 1997), Prague Philharmonic Choir (1996 - 2005), Prague Chamber Choir (since 2006), The Foerster Female Chamber Choir (since 2009). On the present he acts as a pedagogue at the Academy of Performing Arts in Prague, Faculty of Pedagogics at Charles University and Conservatoire of Pardubice.

Lenka Jančíková studied singing at The Prague Conservatoire under leading of professor J. Smoláková. After passing out she started her career as a member of the National Theatre choir in Prague. In 1985 she became a member of Prague Philharmonic Choir where she works on until present. In 1999 she turned to educational activities at school of arts in her hometown Roudnice nad Labem. Since 2009 she has been cooperating with FKPS as a vocal advisor.

Informations relating to former conductors and founders of the choir see in the section History.